Many suggest that provided you do not hurt people, it does not matter what you believe. All religions teach we should love one another, so all are acceptable. I became a Christian at 12 when I asked Jesus Christ to come into my heart. I realised that it was not enough to BE GOOD. I could not be GOOD ENOUGH to MERIT God’s favour. But God was well pleased with Jesus, He is good enough, so I accepted the offer of appointing Him my advocate before the heavenly Father.

As a Christian, I accept the Jewish Scriptures as the Old Testament (OT). I find Jesus fulfils many OT prophecies, the New Testament (NT) builds on the OT and is consistent with it. The issue is whether Jesus, a Jew, the heir to the title King of the Jews, was actually the Messiah (Christ). Jews and Gentiles who realise that when Jesus rose from the dead, he proved He was Messiah, become Christians. Most of the NT was written by Jews who believed Jesus was the Christ. Many Christians support Israel because we recognise Jesus Christ was, first of all, heir to the throne of Israel. That is what the title Christ means.

Here I have a problem. Islam denies Jesus is the Christ, the Son of God, who died for my sins. I received an unsolicited email from Islam4Australia which said that Islam was about ‘Submitting to God’. In response, I make three points: Jesus lived a righteous life, was crucified, died, and rose from the dead. To submit to God is to believe in Jesus Christ. The scriptures of the Old and New Testament are true and therefore the Koran is counterfeit.

Nicodemus, a ruler of the Jews, said to Him, “Rabbi, we know that you are a teacher come from God; for no one can do the signs that you do unless God is with him.” (John 3:2). Peter declares to the Jews in Acts 2:22 ‘Jesus of Nazareth, a Man attested by God to you by miracles, wonders and signs which God did through Him in your midst, you have taken by lawless hands, have crucified and put to death; whom God raised up, having loosed the pains of death’He later declares ‘Jesus Christ of Nazareth, whom you crucified, whom God raised from the dead, … Nor is there salvation in any other, for there is NO OTHER NAME under heaven given among men by which we must be saved.’ Acts 4:10-12And to the Greeks Paul says ‘God … now commands all men everywhere to repent, because he has appointed a day on which He will judge the world in righteousness by the Man whom He has ordained, He has given assurance of this by raising Him from the dead.’ Acts 17:30Therefore, Paul encourages the persecuted Thessalonian Christians with the words ‘when the Lord Jesus is revealed from heaven with His mighty angels, in flaming fire taking vengeance on those who do not know God, and on those who do not obey the gospel of our Lord Jesus. These shall be punished with everlasting destruction from the presence of the Lord and from the glory of His power when He comes in that day to be glorified in His saints and to be admired among all those who believe.’

We must recognise what God wants of us if we are to submit to Him. Peter tells us ‘God is not willing that any should perish but that all should come to repentance.’ (2 Peter 3:9). Paul says ‘Christ Jesus came into the world to save sinners, while most Moslems may think that they are submitting to God, Islam as a system is in rebellion against Almighty God, the Creator of the Universe and the ‘Father’ of the Lord Jesus Christ because it does not teach Moslems to REPENT and BELIEVE in the Lord Jesus Christ. While it claims Jesus was a great prophet, it denies Jesus, as Son of God, and second Adam was without sin, died as a sacrifice for the sins of the whole world (in my place) and rose from the dead. God’s will is that all should believe and be saved. To submit to the will of God is to believe in the Lord Jesus Christ.

Some Moslems have claimed they believe in the God of the Bible, Moses wrote the Old Testament law 1400 years before Christ came. The New Testament was written in the first century (AD) to record the coming of Christ. Mohammed wrote in the 7th Century. The Old Testament and New Testament are in agreement in that the New frequently quotes the Old to show the Old predicted the coming of Christ, His death and resurrection. But the Koran contradicts both Old and New Testaments and so Moslems say that the Bible as we have it is full of errors, that we must rely on the Koran which contradicts the Bible in many points. You can’t have it both ways. I believe the words of the Bible are TRUE. They have endured intense study for thousands of years and no fault has been found. Consequently, the KORAN is counterfeit.

All religions are not equal when it comes to pleasing God. His primary requirement is that we REPENT (change our mind about Jesus) and BELIEVE (that Jesus is the Christ, the SAVIOUR of the world). The Jews rejected Jesus as their Messiah and Moslems claim He never died for our sin. But many ‘Christians’ have never repented and believed either! 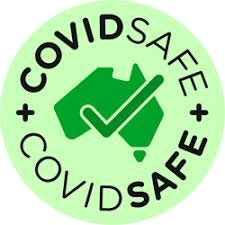